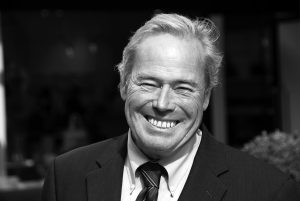 Dr. Lutz Hoffmann, born in 1947, worked for the Economic Development Agency of the State of Lower Saxony until his retirement. His work focused on the acquisition, settlement and support of Asian companies, particularly from Japan, China and India.

Dr. Hoffmann studied industrial management at Siemens in Nuremberg and Frankfurt, economics at the Universities of Würzburg and Berlin (FU) and received his doctorate with an empirical thesis on industrial styles of domination at the Department of Social Sciences of the University of Göttingen.

After working as a research assistant, freelance consultant and employee at a VW subsidiary, he joined the Investment Promotion Agency (IPA) of Lower Saxony in 2000. Due to his numerous company visits and stays in the countries of origin of the companies, Dr. Hoffmann is well networked in all three major Asian economies and is still interested in their economy and culture.